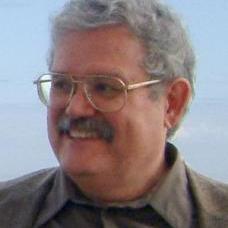 Anthropology for a Wired Planet
13 Replies

Industrial-Scale Ethnography: An Unfinished Project in Search of a Team

I have been invited to give a talk on March 13 at the Institute of Technology, Academia Sinica, in Taiwan, where, it appears, I am now regarded as an anthropological elder. Fair enough, given my age and the fact that my dissertation research was conducted in Puli, a market town in the exact center of Taiwan, in 1969-1971. Trying to pull together my thoughts about what I might talk about, I have drafted the following proposal. Any and all feedback will be…

Some people take culture seriously. Why?

With a tip of the hat to Bill Bishop at Sinocism,

Cultural reflection can improve modern governance: Xi - Xinhuaat Politburo study session  //  Xi argued that ancient ideologies still have deep influence on people nowadays, and they should be scientifically analyzed so as to inherit and promote the good parts…

Why should I read what you have written?

Why should anyone read what you have written? This should be question No. 1 for anyone writing anything. So, let me rephrase the question: Why do so many of the contributors to the online forums in which I participate assume that people will be interested in what they are writing about, then feel disappointed when no one responds?

As students, we learn to write assignments. The teacher who hands us a topic has to read what we write. But once we leave school and start writing for…

The Third International Conference on Applications of Anthropology in Business

It was my third time to participate in the annual International Conference on Applications of Anthropology in Business, organized by Robert Tian Guang and held at a venue in China, and my second time to visit Jishou University, which is located in the Xiangxi Tujia and Miao Autonomous Prefecture in Hunan Province in the west of China. The first two…

Serendipitously, the entertainment section in this morning's Japan Times carries an article about an Indie band, three young Japanese women, called Crunch. One of them, Noriyo Hotta says,

"For example, take 'Mori no Naka,' the first track on the album. This song was influenced by Radiohead, especially the songs 'Jigsaw Falling' and 'There There,' and a funk tune by Japanese rock band Jagatara called 'Tango.' But I was also inspired by a book about the Yanomami tribe in the Amazon.… Continue

Thanks, John. Sorry to be away, but nice to know I'm missed! More to follow...

The "Grey People" are found at yet another fishing village along the same coast of Gaspesie.  It's a very interesting and scenic drive, all the way around the peninsula.  You see the flag of Acadie flying there, and in parts of New Brunswick,often to the exclusion of the Canada flag.

Hi, John  -- The "Blue Men" are the work of an old woodcarver who has a shop in a fishing village on the St. Lawrence seaway in Gaspé, Quebec.  He fashioned them from driftwood logs and gave them a beautiful lapis lazuli panache.  I told him that when I win the lottery I'll fly him down to Ozarkistan and pay him handsomely to create similar art for our backyard (near our inukshuk).

thanks for that John, I shall check it out!

Sorry for the late response, I am not good at social networking! :)

sounds great, thanks a lot for the suggestion! im looking at it and it shall indeed be helpful!

thanks, John, for the article. its very interesting. I am actually looking into what else Neslihan Cevik has written...

Thank you John for your excellent response and the great clarification! It's been awhile since those undergrad theory classes, but I did learn a lot from them, even though they were so long ago. Now I am trying to manage a theory class in my Master's course that was combined with ethnography -- except the weeks seem to be organized thematically rather than chronologically. Or in order of influence rather than historical period. All of this can be rather frustrating for a student, who can make misleading assumptions based on when the material was presented! All very confusing. Thank you for sorting that information out for me - we did not discuss the Boasians at length in my class but rather focused mostly upon Geertz. Such is the nature of the British school of Anthropology. I'll have to post more blogs about theory - I always have lots of questions and need for clarification. I wish I had more time to learn about the historical context in which some of these ideas developed, but I should have plenty of time when I graduate to read freely. :)

John, firstly, thank you for all of your input. I completely agree with what you said about the 'Western' - the idea is pretty totalizing and inaccurate in and of itself. I've been looking into more ontological theory and non-dualism since I've been studying for my Master's. I think it's easy to set up a dichotomy almost as a polemical point of departure and I guess I have been using it more evocatively in thinking through some of the ideas that have been on my mind for the past couple of weeks. I will look into the material you suggested and see what I can come up with. I suppose my main issue with conceptual categories is that they can be so linguistically conditioned, but they also have some grounding in our ideas about rationality, which can also be variable depending upon one's education. I think that's an idea I've been struggling with. I don't necessarily think the authors are arguing against that point, but it seems to be an often unidentified issue in the cognitive science literature. Of course, the anthropological literature addresses it rather well, on the whole. What are you up to in Japan? I see that you work as an independent scholar - what kinds of work do you do? I'm interested because I've considered a non-academic career in applied anthropology. Thank you again for your input, I appreciate it greatly.